Construction of a refectory in the old gymnasium, refurbishment of the rooms for technical and scientific lessons, the teachers' area and the music rooms 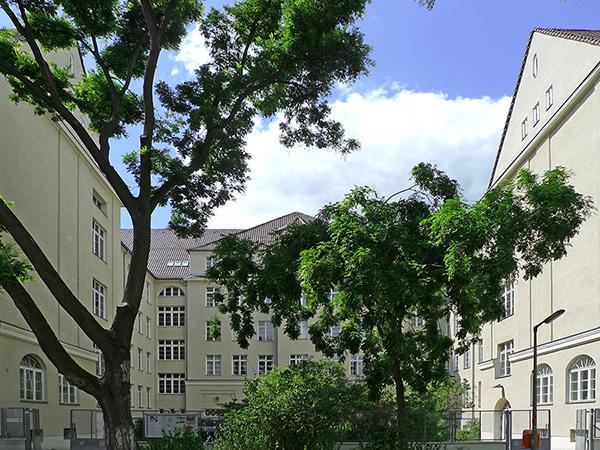 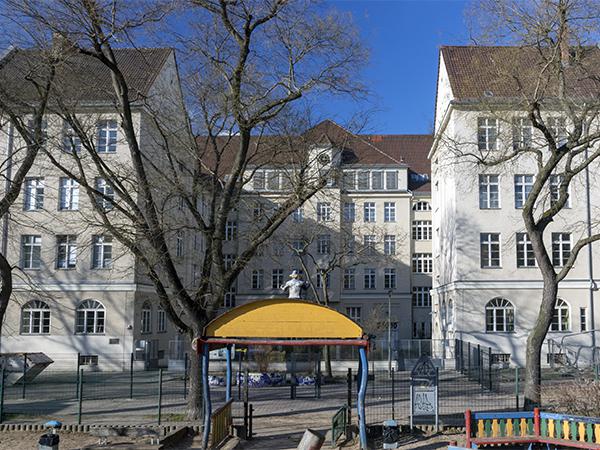 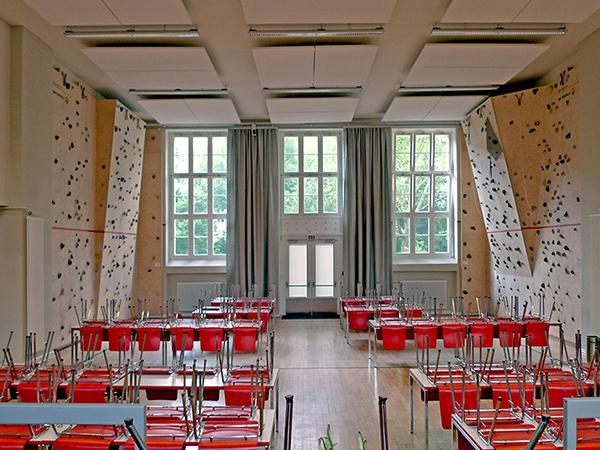 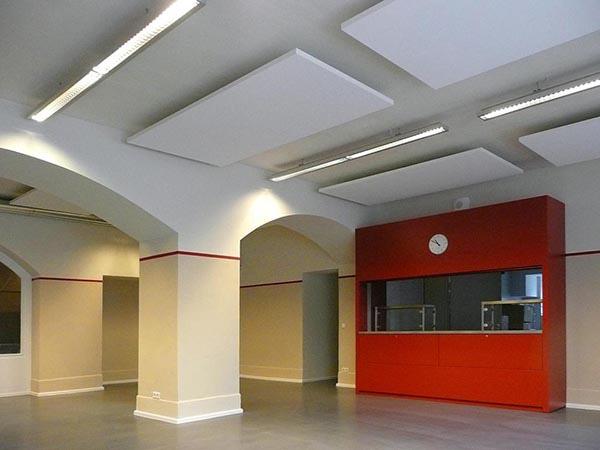 Serving food in the refectory 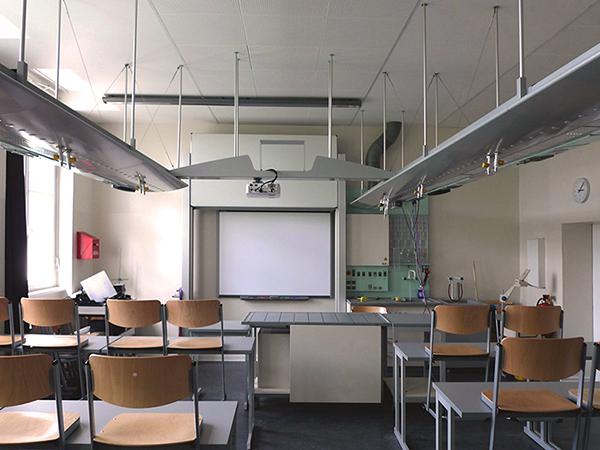 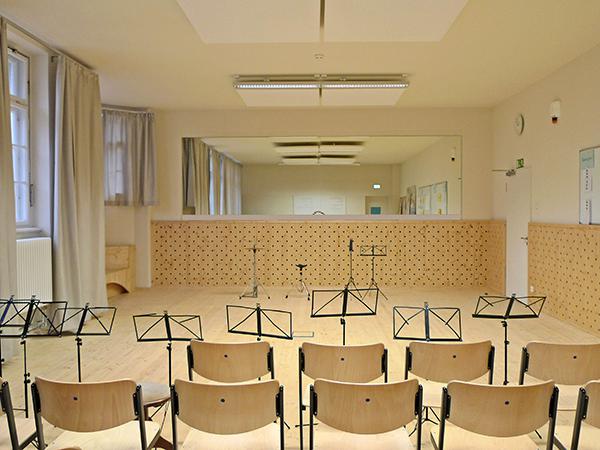 The aim of the planning task was to realise the first building blocks of the newly created Campus Rütli. First of all, a refectory and multi-purpose room for the all-day school was built in the old gymnasium in 2008. In the course of the merger of the Heine and Rütli schools, which are housed in the same building complex, the technical and scientific classrooms were renovated in 2009 and adapted to the changed educational, technical and organisational requirements. This was also the aim of the work in the teachers' area and, most recently, in 2011 in the music rooms on the top floor. Since the building is a listed building, the architectural concept was intensively coordinated with the monument preservation authorities.

Refectory: The conversion into a dining and multi-purpose room was carried out by means of a few new elements, such as a podium, traverse, curtains, ceiling elements and courtyard doors. The adjacent foyer with distribution kitchen and food counter also serves as a break room and parents' café.

Music rooms: The old drawing room was separated from the other school rooms by sound insulation measures in the floor and ceilings. New elements, such as the bench, the absorbent wood panelling, the mirror and the ceiling elements enable it to be used as a music room.

Technical-scientific classrooms: The media supply was moved from the floor to the ceiling by means of Waldner wings and enables very flexible teaching in all rooms. The teachers' area was divided into four group rooms. The corridors were given back their original colour scheme.