Renovation of the gymnasiums, the refectory and the assembly hall, addition of a changing wing 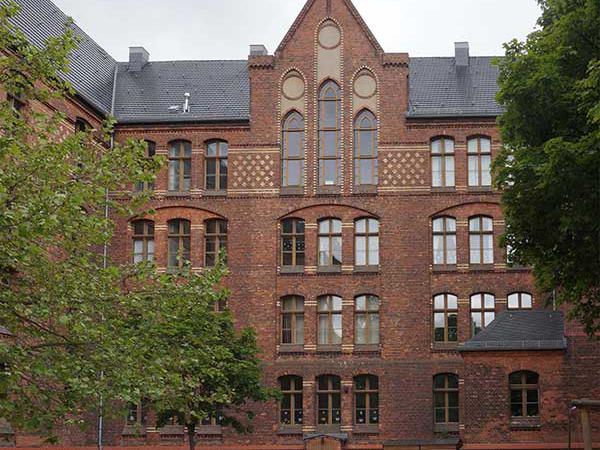 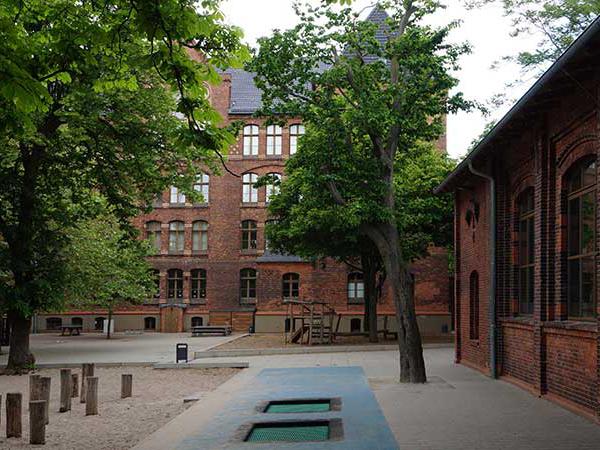 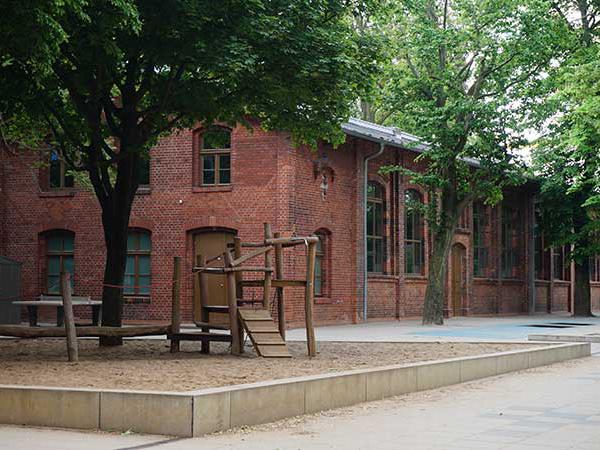 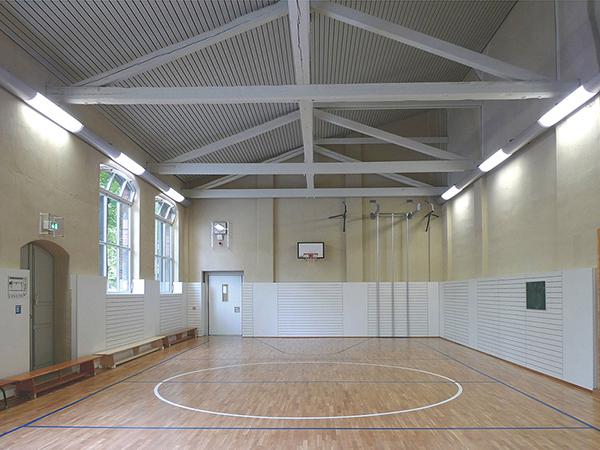 The aim of the planning task was to make the school fit for all-day use by constructing a dining room and restoring the auditorium. Furthermore, the gymnasiums were completely renovated and supplemented with new changing rooms and ancillary rooms. Since the entire school complex is a listed building, not only the school administration and the school management were involved in the planning and implementation, but all measures were also intensively coordinated with the lower and the state monument preservation authorities. The aim was to find structural solutions that could be realised within the very tight budget and time frame.

Gymnasiums: The gymnasiums were completely renovated. The old intermediate ceiling was removed and the mono-pitch roof was fitted with a heated ceiling in the course of the insulation measures. The roof truss was thus able to remain visible and, together with the surrounding baffle wall, structures the impression of the room. The new entrance as well as the ancillary and changing rooms are combined in an extension that is fitted into the profile of the old gymnasium and fills the gap to the railway embankment. In the renovation of the brickwork and the choice of clinker and colours, attention was paid to emphasising the ensemble effect.