School extension in consideration of the special urban planning situation

Head building of the primary school 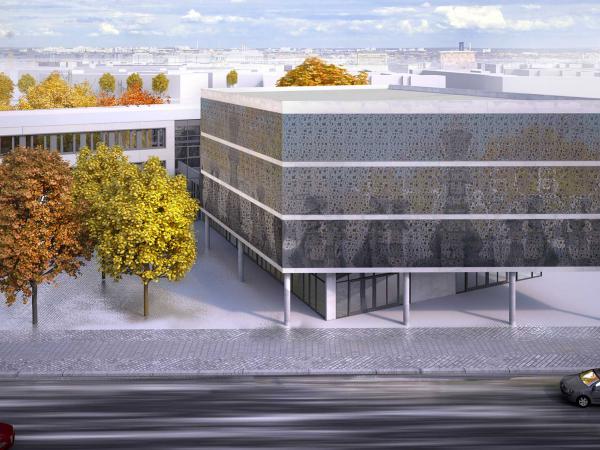 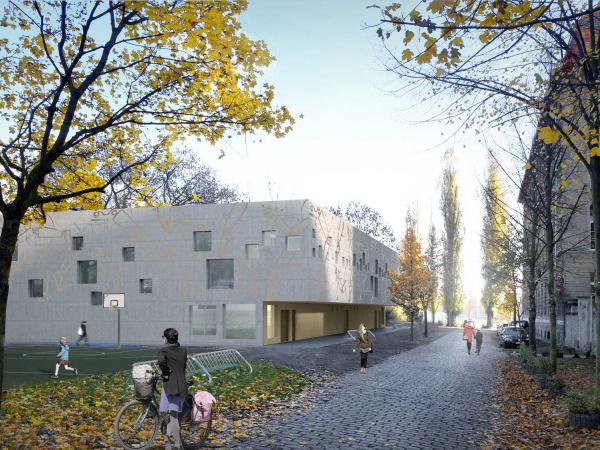 The Emanuel Lasker Secondary School, built in 1912 by the Berlin city councillor and architect Ludwig Hoffmann, forms an imposing ensemble with its two historic "Inspectors' Houses" in front. Together with the neighbouring Zwingli Church, the ensemble of buildings frames the whole Rudolfplatz area. This setting, far from the city centre, indicates the dynamics of urban development at the time and the expectations associated with it.

However, the planned block formation remained fragmentary; the Second World War prevented the further development of the Gründerzeit urban development. After the war, urban development followed a different basic pattern. Large, open spaces and houses without streets were preferred, and the functional city of the modern age dominated the picture. North of the site, due to the railway line between Ostbahnhof (East Station) and Ostkreuz (East Crossing station), there are typical industrial settlements with predominantly single-storey halls.

The contrast between the two urban development patterns is particularly pronounced on the site of the Emanuel Lasker secondary school: Due to the large sports facilities on the eastern side, there is a dissolution of the public space; clues for an urban development order are no longer noticeable.

The first construction phase of the future primary school on the site of the Emmanuel Lasker secondary school is planned as a "modular supplementary building" (MEB) for reasons of time and financing. In principle, this MEB cannot be fitted to a particular site. Rather, we prefer a solution that functionally connects it to the city of the Gründerzeit. To this end, the MEB should be set in relation to the existing sports hall and placed directly there. It also seems sensible to us to maintain a clear distance from Hoffmann's historic school building. In this way, over-forming of the listed building can be avoided.