Renovation of the sports hall in several stages 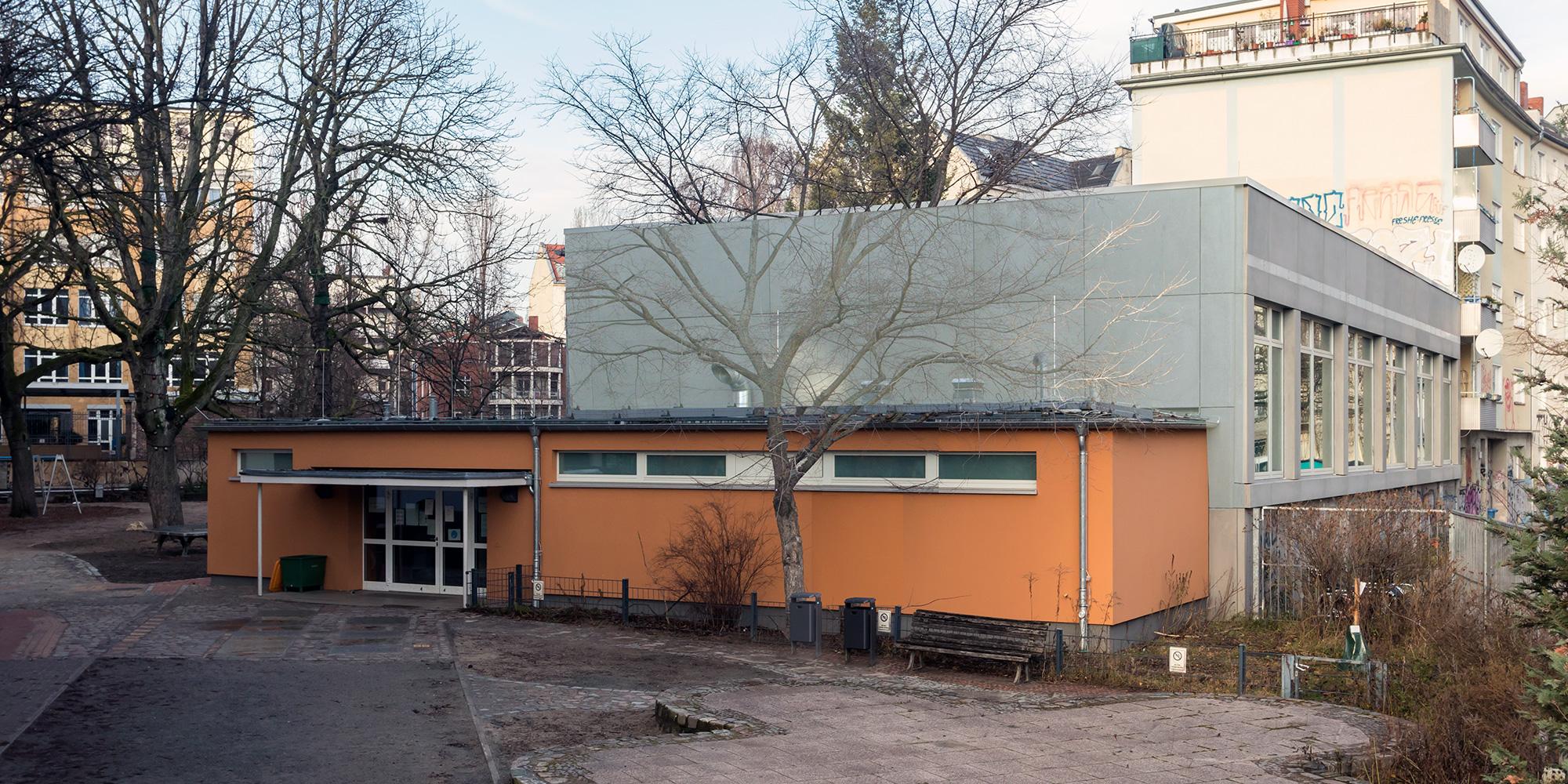 Exterior view from the entrance area on Heckmannufer 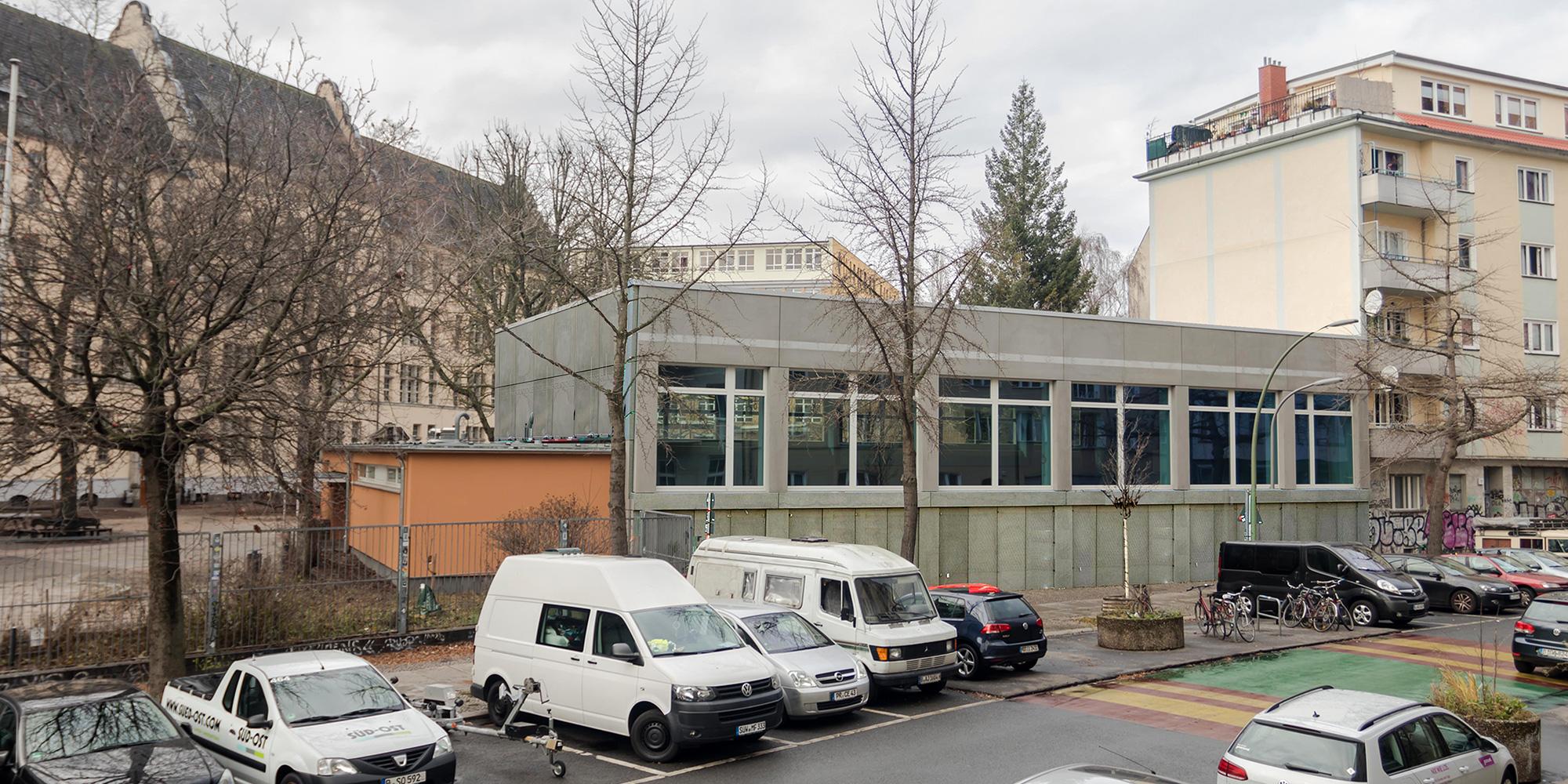 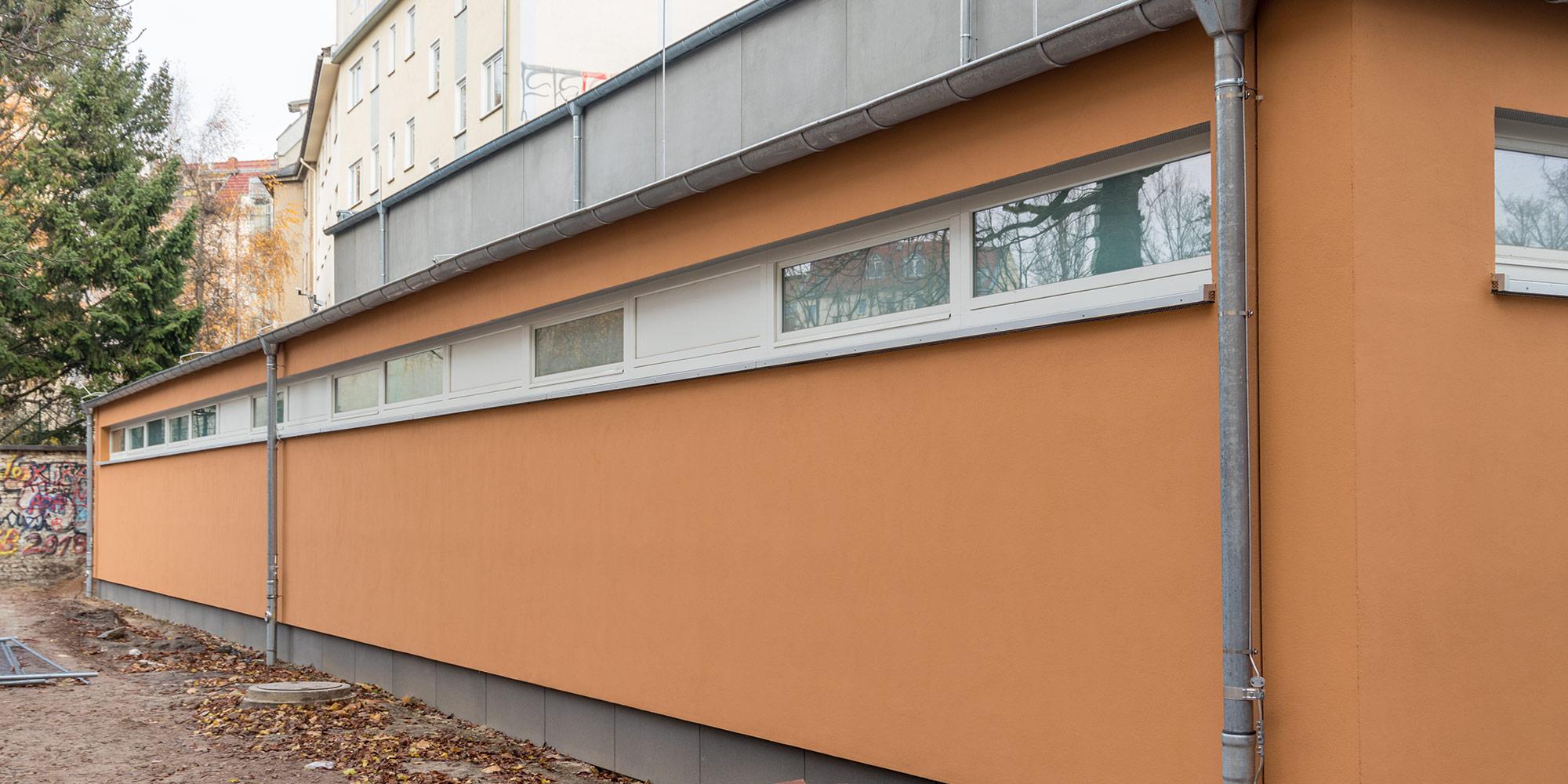 Exterior façade of the changing area 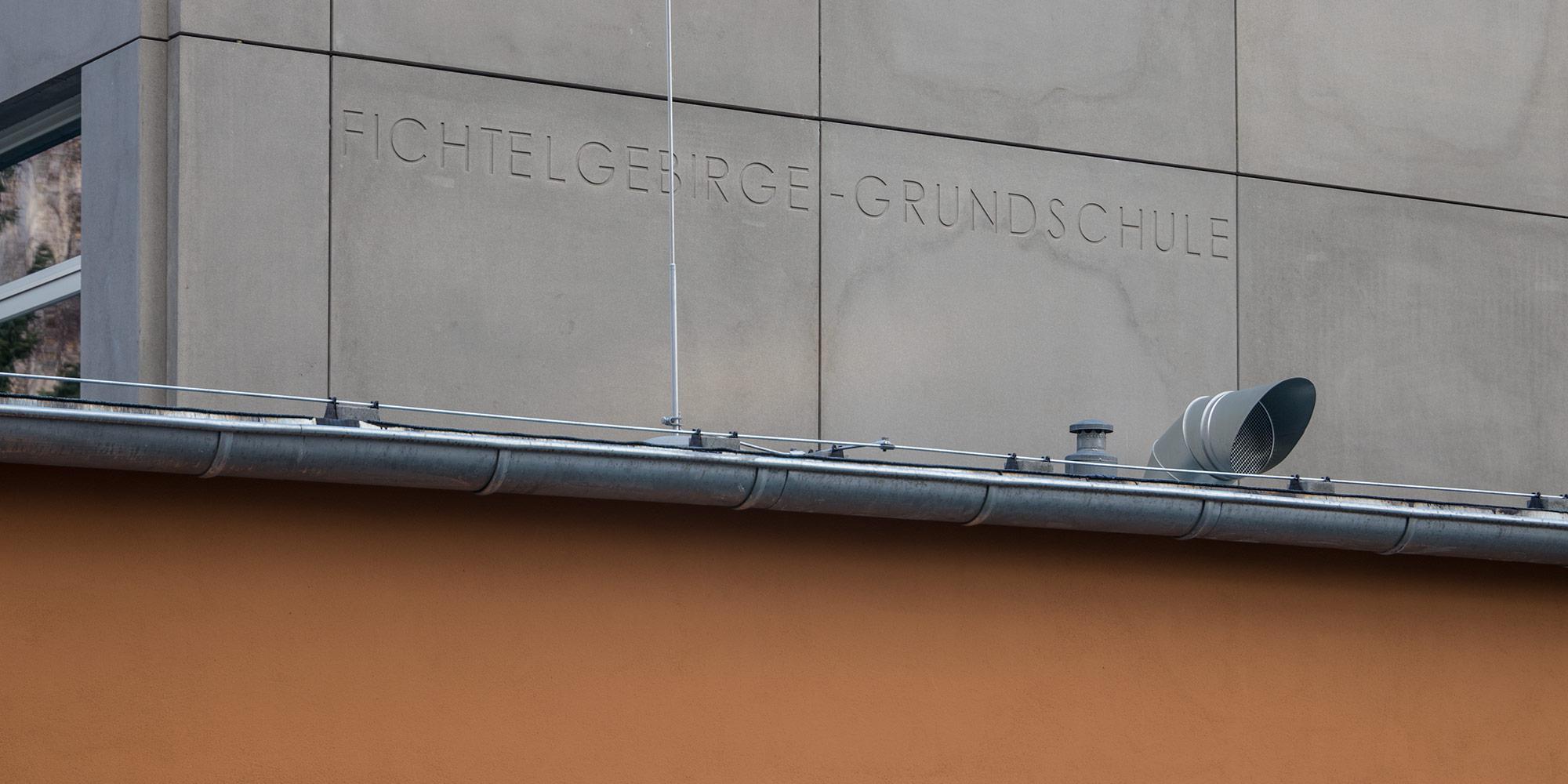 Concrete façade with lettering above the entrance area 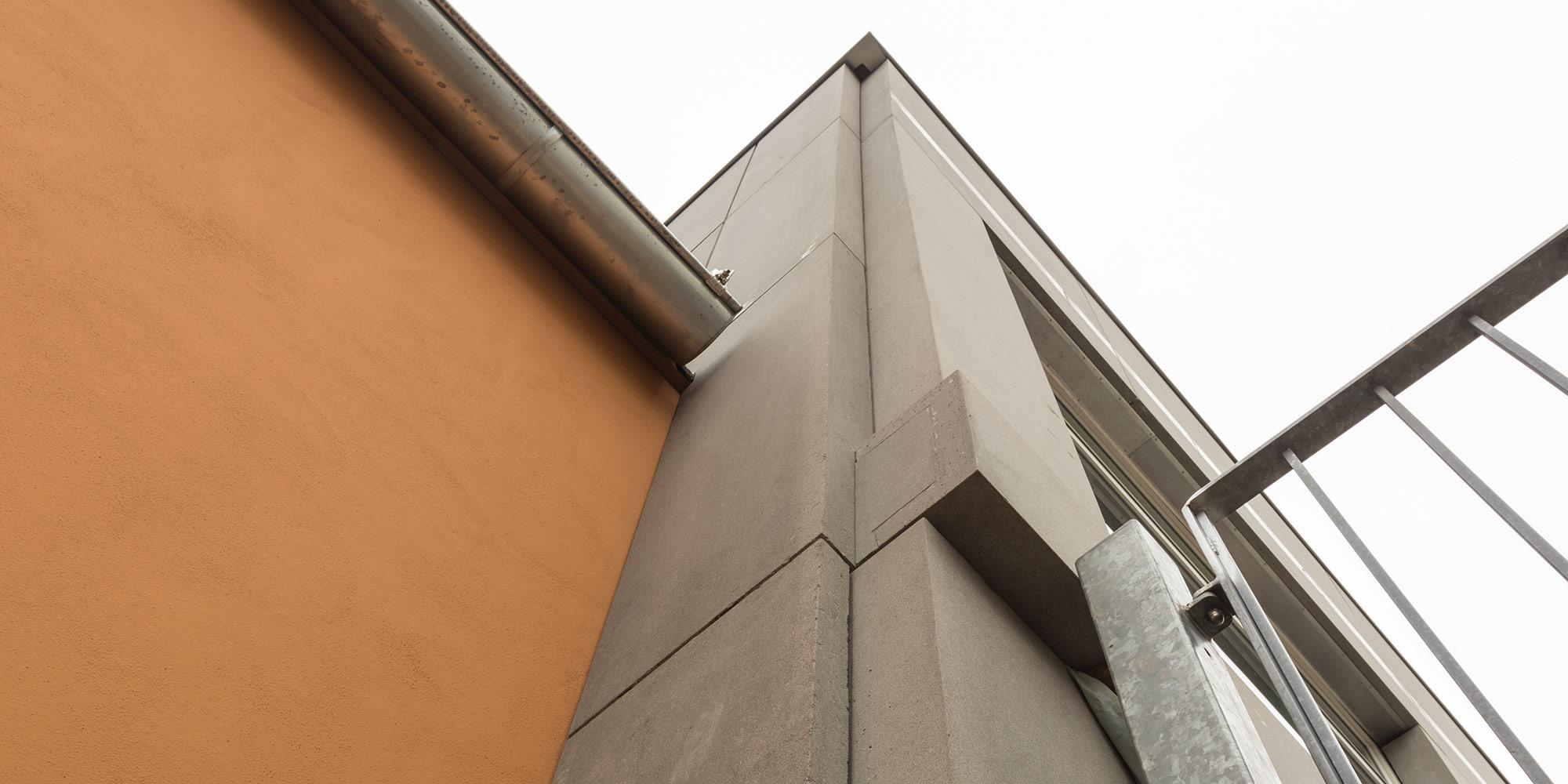 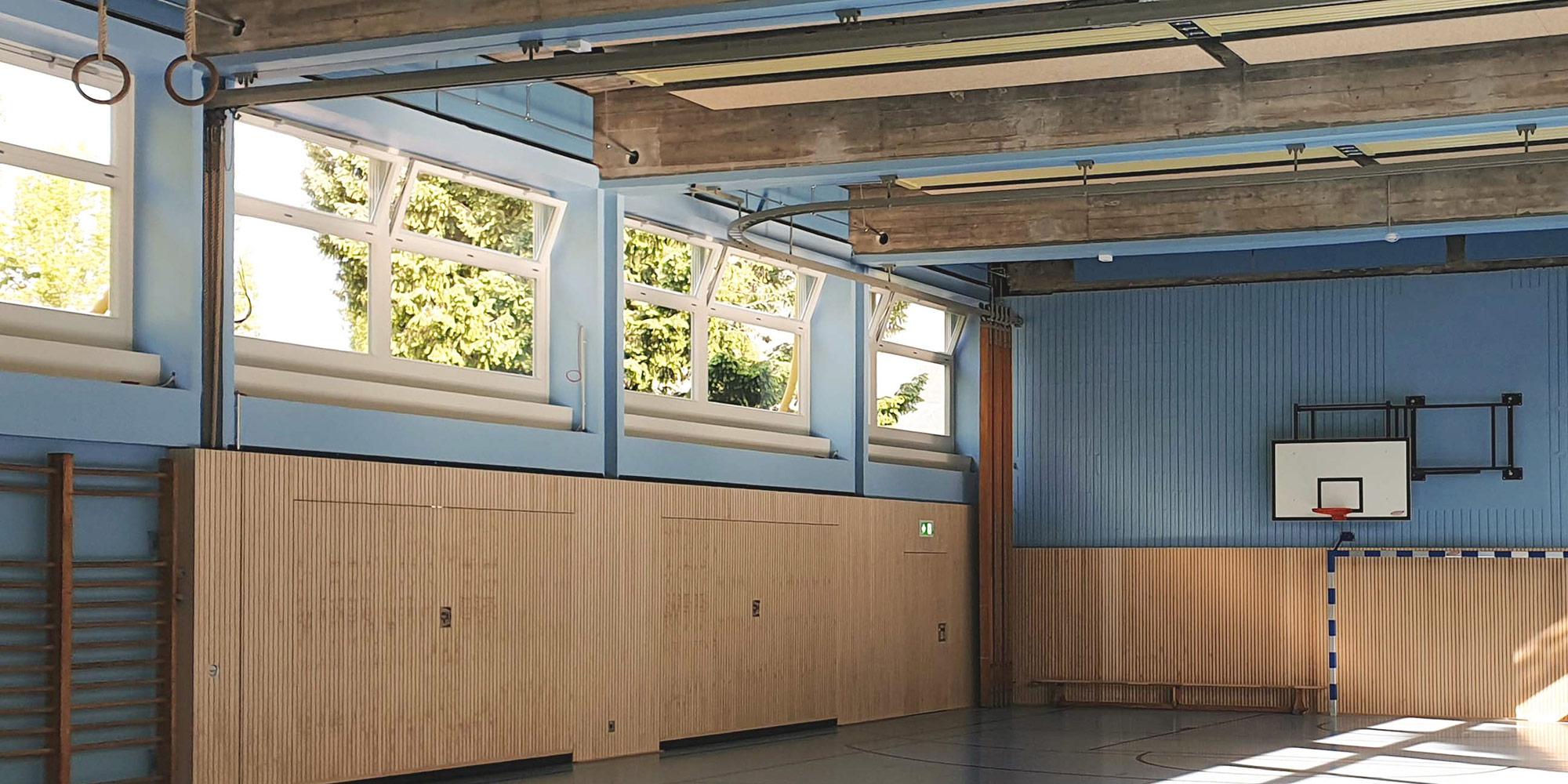 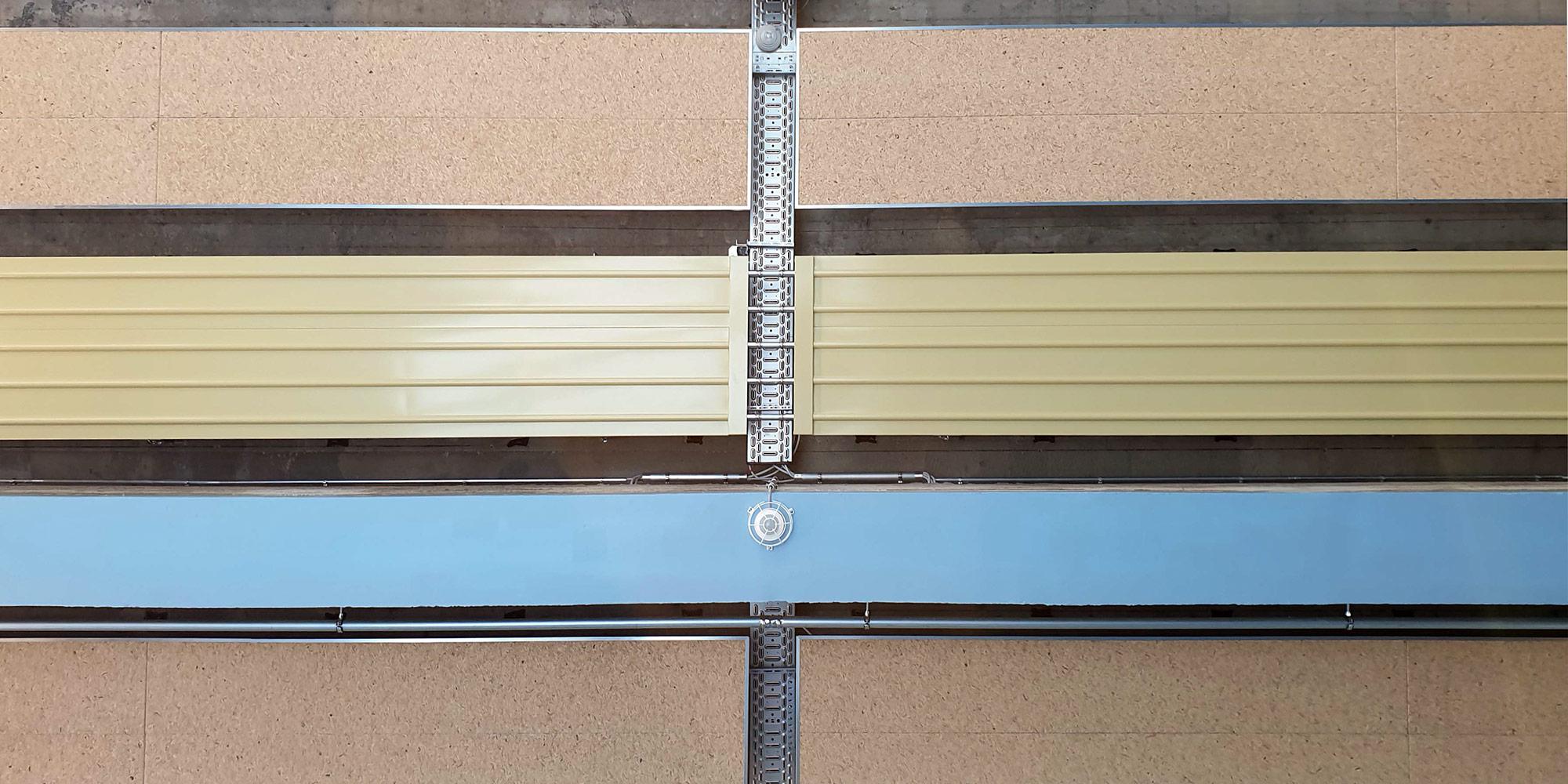 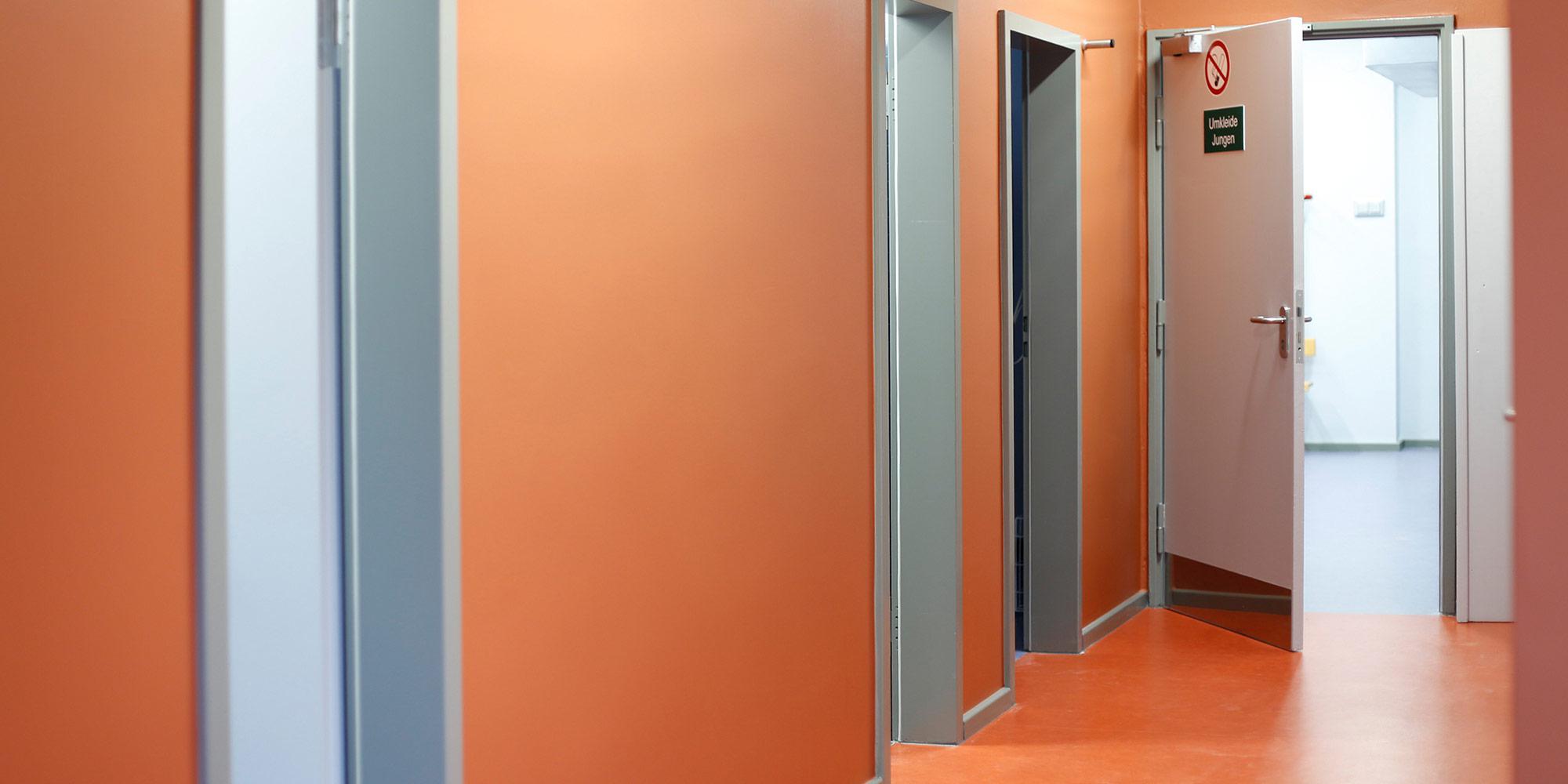 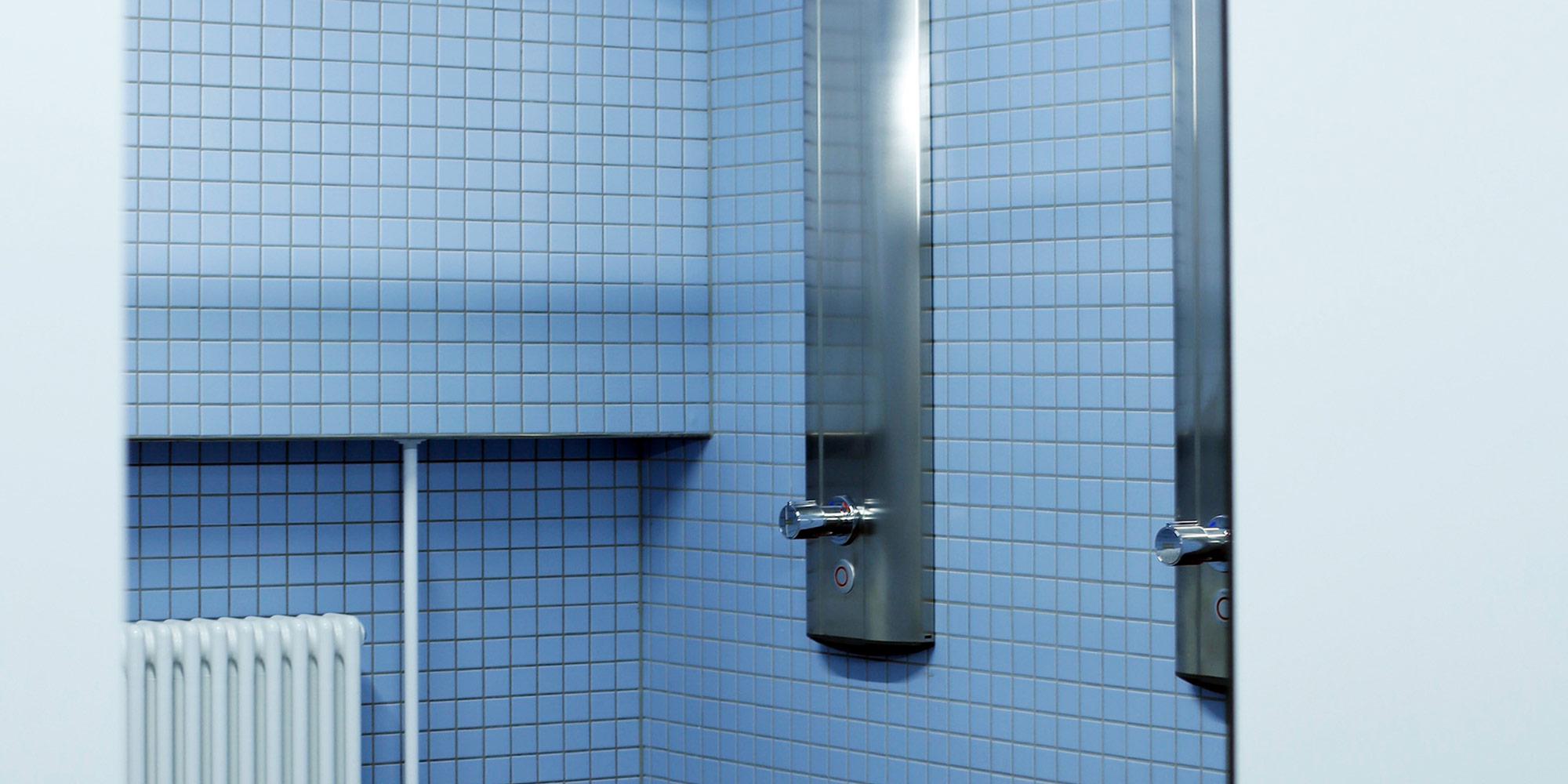 The existing facades were characterised by the alternating exposed concrete surfaces of the columns, cornices, canopies and the clinker infills in the parapet area of the sports hall as well as in the extension.

During the energy-efficient renovation, great importance was attached to clearly and credibly reproducing this façade structure with the new cladding. In accordance with the applicable Energy Saving Ordinance (EnEV), the energy refurbishment included replacing all windows and insulating the wall surfaces from the outside, combined with a rear-ventilated cladding. In addition, perimeter insulation was laid in the ground up to the upper edge of the foundation.

The plaster support surfaces of the changing room area were given an ochre-coloured coat of paint, which refers to the original version of the old school building (visible in the inner courtyards).

The sports hall received a cladding of prefabricated concrete elements with a grey-green colour tint that corresponds with the ochre tone of the plaster façade.

The main façade on Taborstraße is structured by plinths, windows, pillars and cornices. On the plinth surfaces between the pillars, additional rope nets are installed as climbing aids for roses.

The cornice is accentuated by a continuous band of lettering with the name of the school above the windows. The individual letters were created as casts of plastic moulds in the formwork and stand out as a bright continuous band against the rest of the acidified surface.

In the interior, a new suspended ceiling was installed in place of the old metal ceiling. This consists of radiant and absorber panels as well as new LED surface-mounted luminaires.

The radiant ceiling was portioned into 20 elements and suspended with absorbers of the same size parallel to the beams at a distance of approx. 15 cm from the concrete ceiling. Three point-shaped LED surface-mounted luminaires between the rows of elements ensure very uniform illumination of the hall. In addition to the horizontal absorbers of the suspended ceilings, a circumferential ring of vertical absorber panels is fixed at the height of the trusses. These surfaces complement the partial surfaces of the baffle walls, which are also designed to be absorbent and contribute overall to a pleasant sound level in the sports hall. Supplementary baffle wall sections were installed on the long sides, which were freed of radiators, and supplemented with three doors and equipment room doors with baffle wall function.