Construction of a second escape route 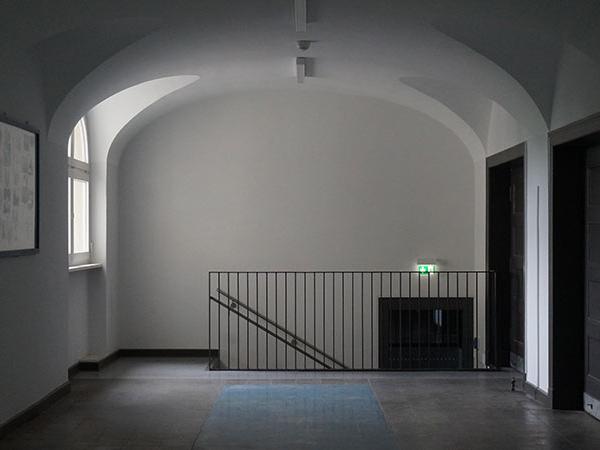 Foyer of the assembly hall, with second escape route 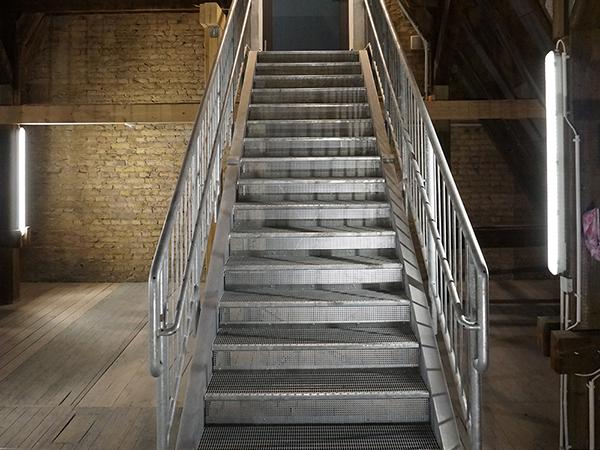 Second escape route in the side gable 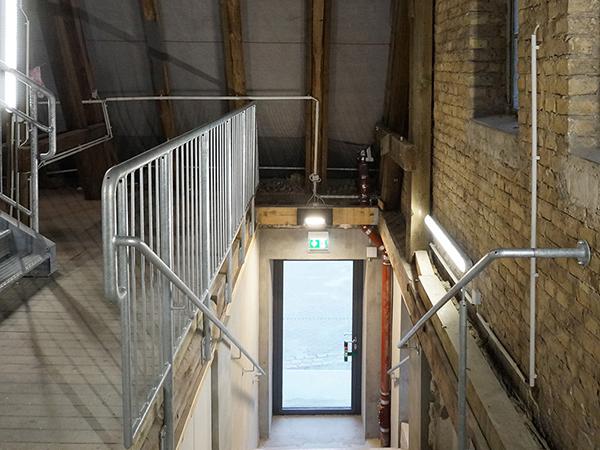 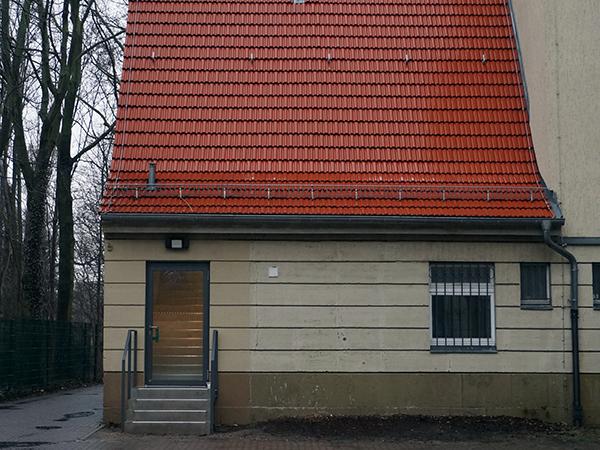 Exit of the second escape route 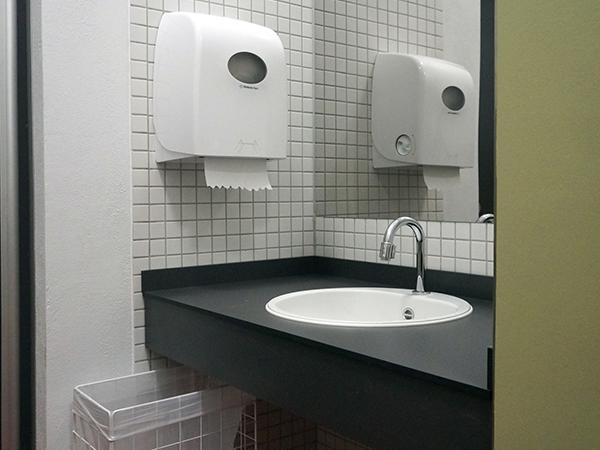 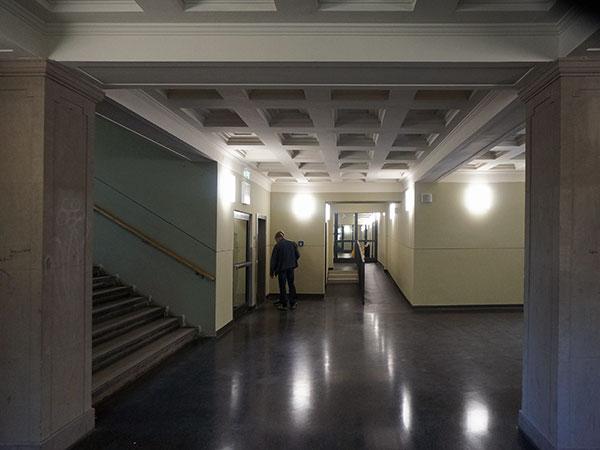 Foyer on the ground floor before renovation 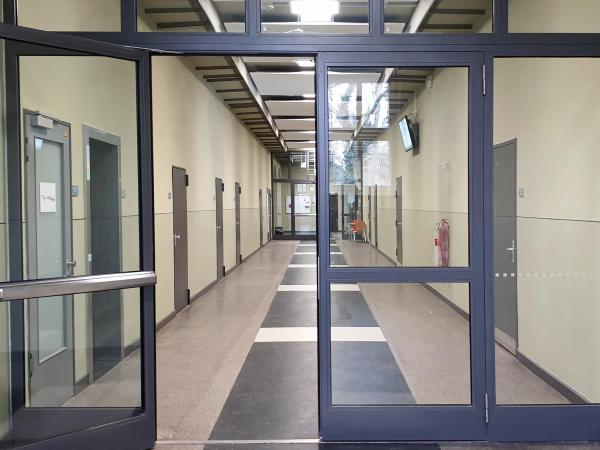 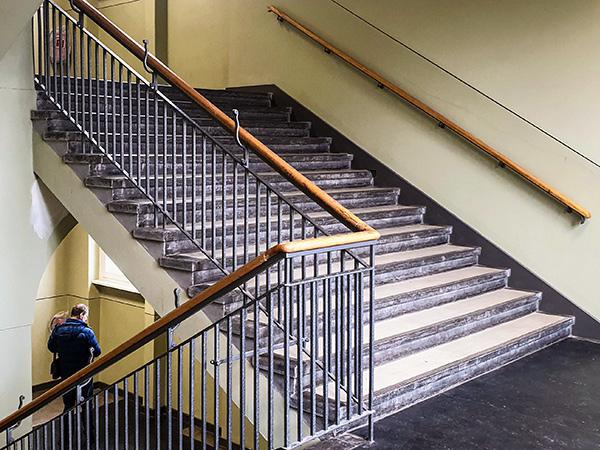 The school building of the Alfred Nobel School was built by the architect Prof. Otto Kuhlmann in 1912 and is worthy of preservation. In the aftermath of World War II, extensive alterations were made to the corridors and facades of the building. These caused serious alterations to the original architecture.

The school building consists of two different parts: a four-storey classroom wing with two staircases and an attic that has been partly converted into a drawing room, as well as a gymnasium and an auditorium wing. The latter is somewhat smaller than the class wing and is characterised by the high ceilings in the gymnasium and auditorium. This part of the building does not have its own staircase. An additional smaller extension provides changing rooms and an equipment room on the ground floor.

Since the assembly hall on the 2nd floor has space for up to 238 people, it is necessary to equip it with a second structural escape route for emergencies and to bring it into a contemporary condition.

Solution for the installation of a second structural escape route: Several approaches to solving the escape route problem have been developed since 2012, but were rejected by the lower monument preservation authority and the accident insurance fund for different reasons. In order to take their concerns adequately into account, we proposed an unusual solution that met with the approval of all parties involved and was realised: The escape route was led via a staircase in the foyer of the 2nd floor assembly hall to the adjacent roof truss and from there in two runs to the ground floor.

In addition to the new staircase, the entire school buildings were considered. All classrooms and rooms that are directly connected to the staircases receive a second exit via the neighbouring room, a so-called bypass.

For the school administration on the 1st floor, the second escape route was created through a passage room that is accessed via a corridor area.

Both staircases and the corridors were renovated. The electrical installations were completely renewed and a new access system with efficient electrical distribution cabinets was installed.

The corridor boxes are fire-retardant and equipped with inspection flaps for future installations of new wiring systems.

The colour concept of the corridors refers to the original colour scheme of the entrance foyers with its characteristic green-beige shade and forms a contemporary appearance with the changing colours of the linoleum flooring.